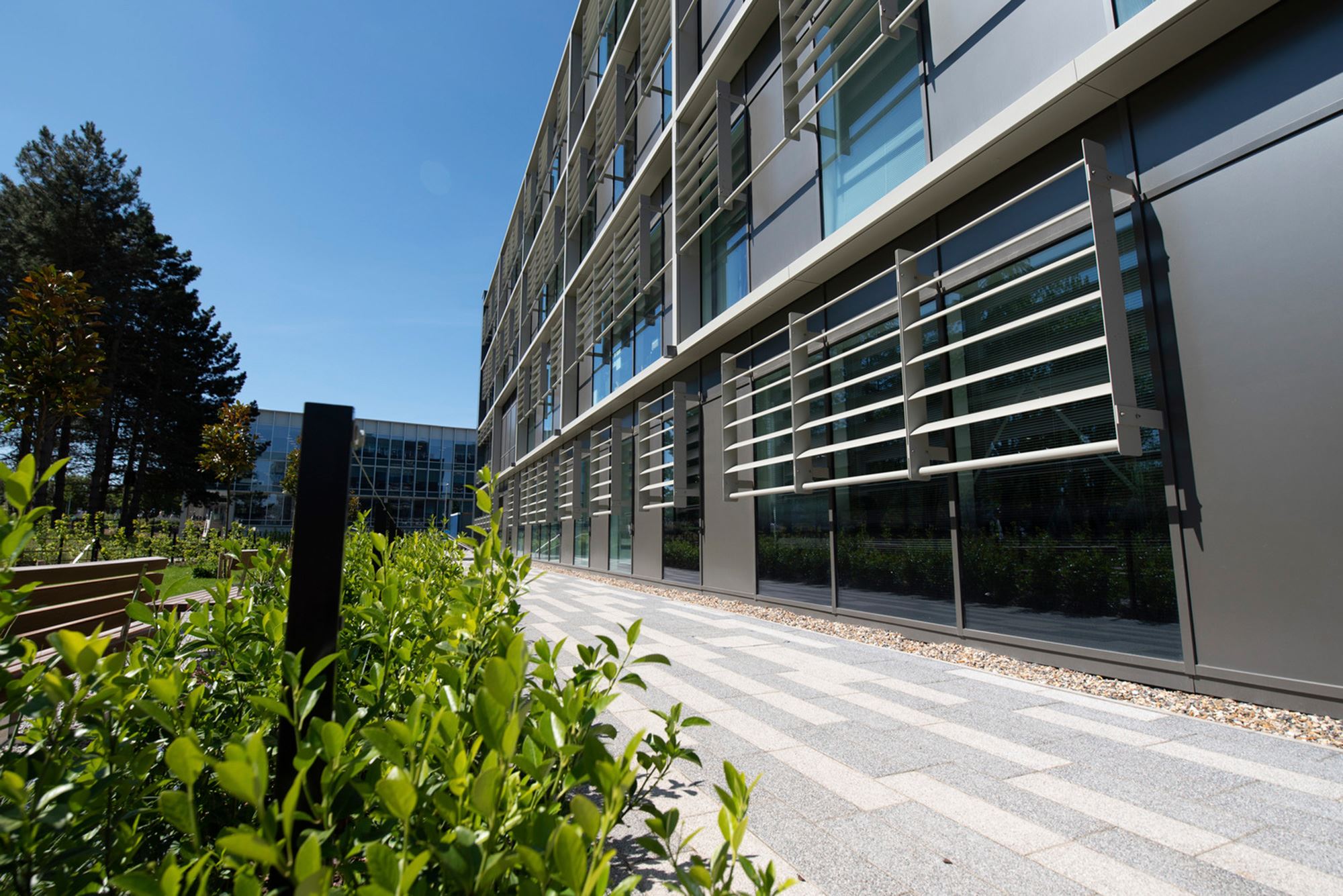 Dogtag from Cambridge to North Dakota

SDC has worked with CCL on the Cambridge Science Park since 2005, previously developing phases 6 and 6B before completing Phase 7 in July 2019. The latest scheme consisted of the demolition of the Banana Block and its replacement with a modern, four-storey development containing offices, laboratories, a canteen, welfare facilities and a communal terrace/entertaining space on the roof.

During the Second World War, the land now known as Cambridge Science Park was occupied by the US Army. The site was used for preparing vehicles, such as tanks, prior to the D-Day landings. After the war, the land lay derelict until it was developed into the Science Park by Trinity College in the 1970’s.

Following initial site investigations undertaken at the commencement of the Phase 7 project to establish ground conditions and identify any contaminants, the existing ground was found to contain elements of Asbestos Containing Materials (ACM’s). These fragments were the remnants of the cladding from the existing Nissen huts and other structures, which were demolished and ploughed into the ground. Subsequently, SDC undertook a major site investigation exercise, excavating trial pits at regular intervals across the site to ascertain the extent and depth of the ACM contamination. During the process of these excavations, SDC uncovered a number of artefacts including tools, tanks tracks and most interestingly a set of dog tags from an American serviceman whom had been stationed at the base.

The tag, pictured below, was in reasonable condition despite being buried for over 70 years. The name on the tag, still distinguishable, read ‘Alfred Brothers’. 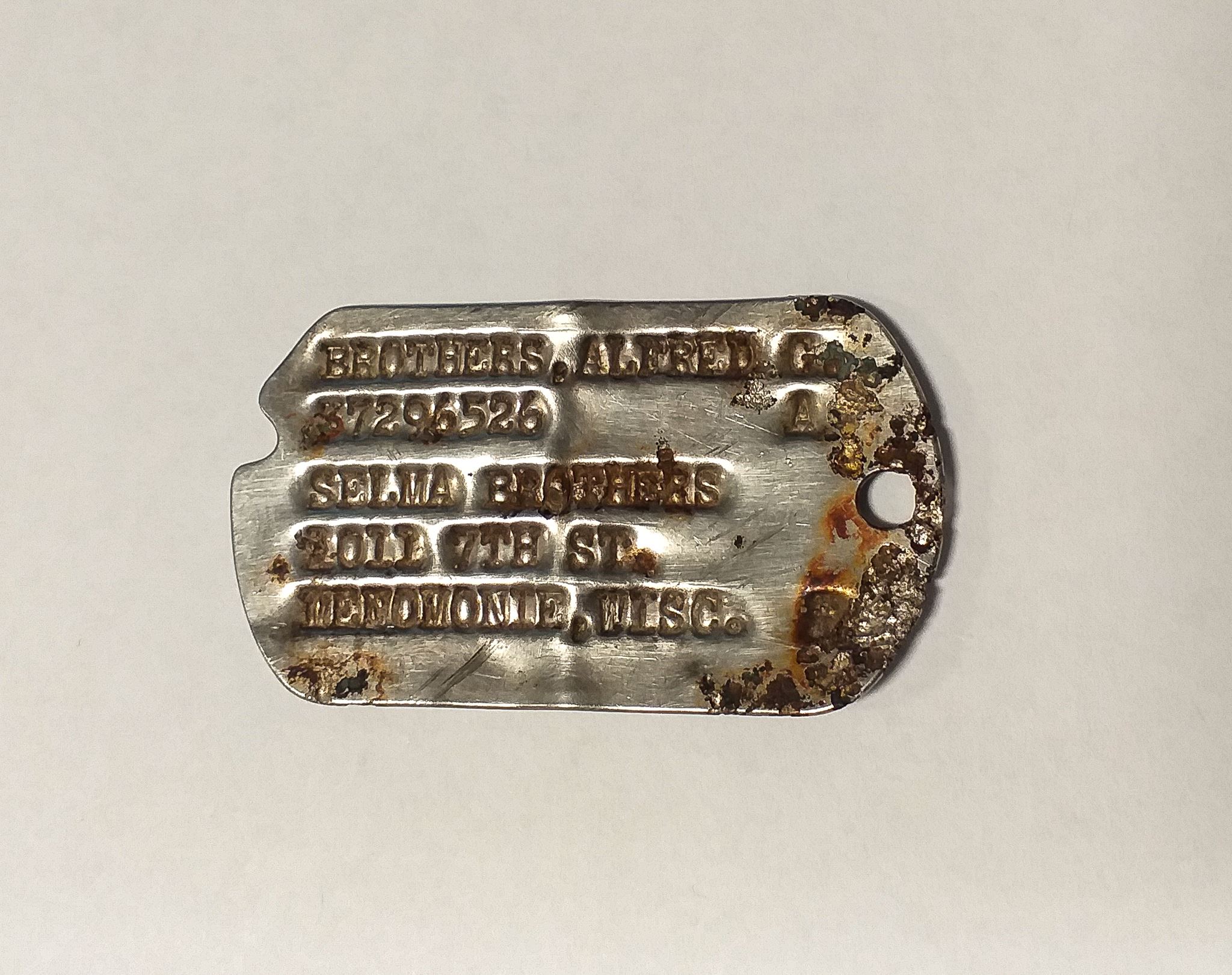 After an extensive google search, SDC learned that Alfred Brothers lived in America but had passed away in 2017. The team then attempted to identify his next of kin, finally managing to find his eldest son, Richard. A letter sent to Richard in North Dakota led to a chain of emails confirming that Alfred served in World War Two in Cambridge before returning home at the end of the war.

SDC, along with Alfred’s son Richard, felt that the tag should reside with family, instead of on someone’s desk. As a result, SDC Contracts Manager (Rob Dummer) posted it with special delivery to Richard in North Dakota.

To end the story, SDC has now had confirmation that the dogtag has been received in America and the family are pleased to have it back in their possession. Richard responded with: 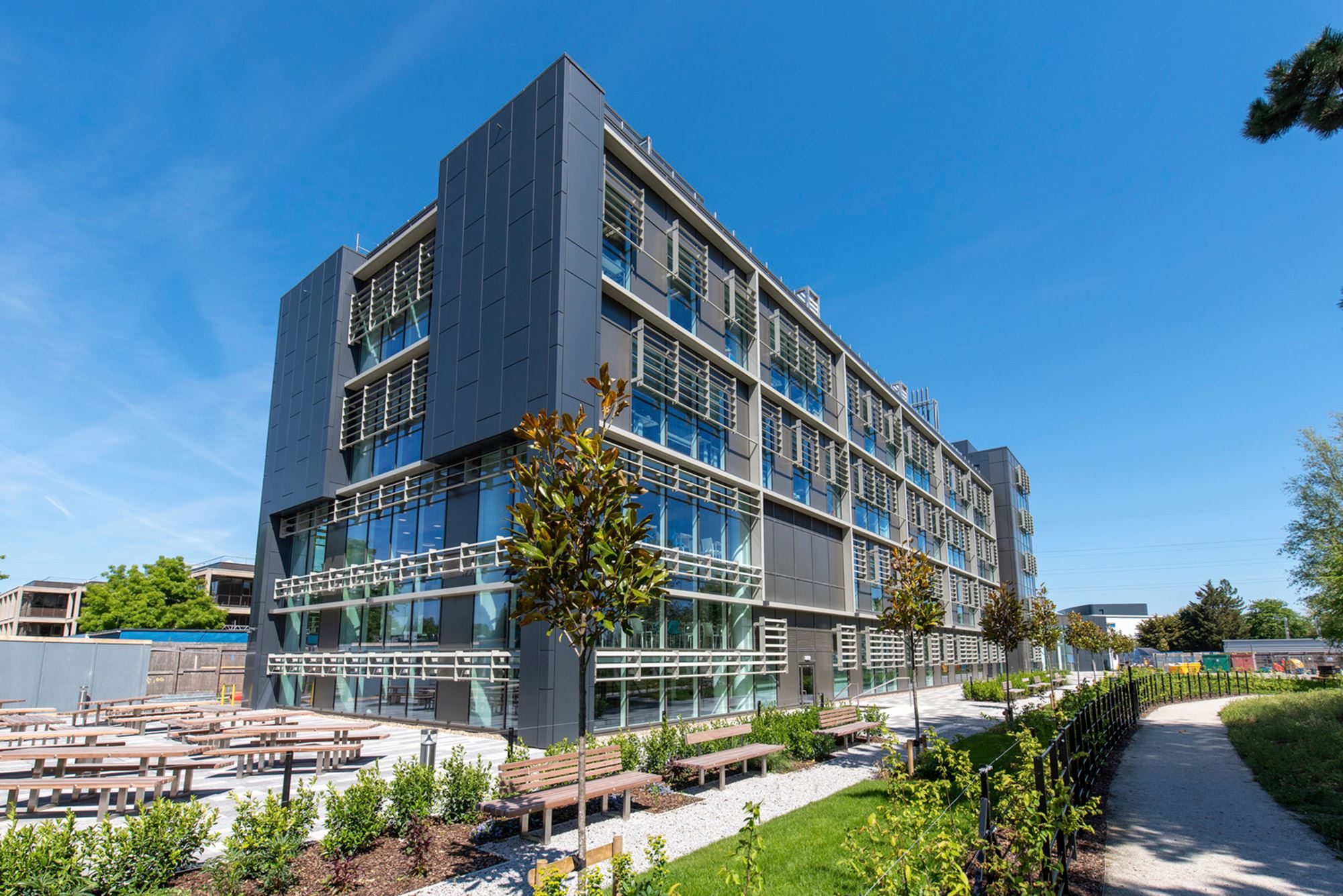 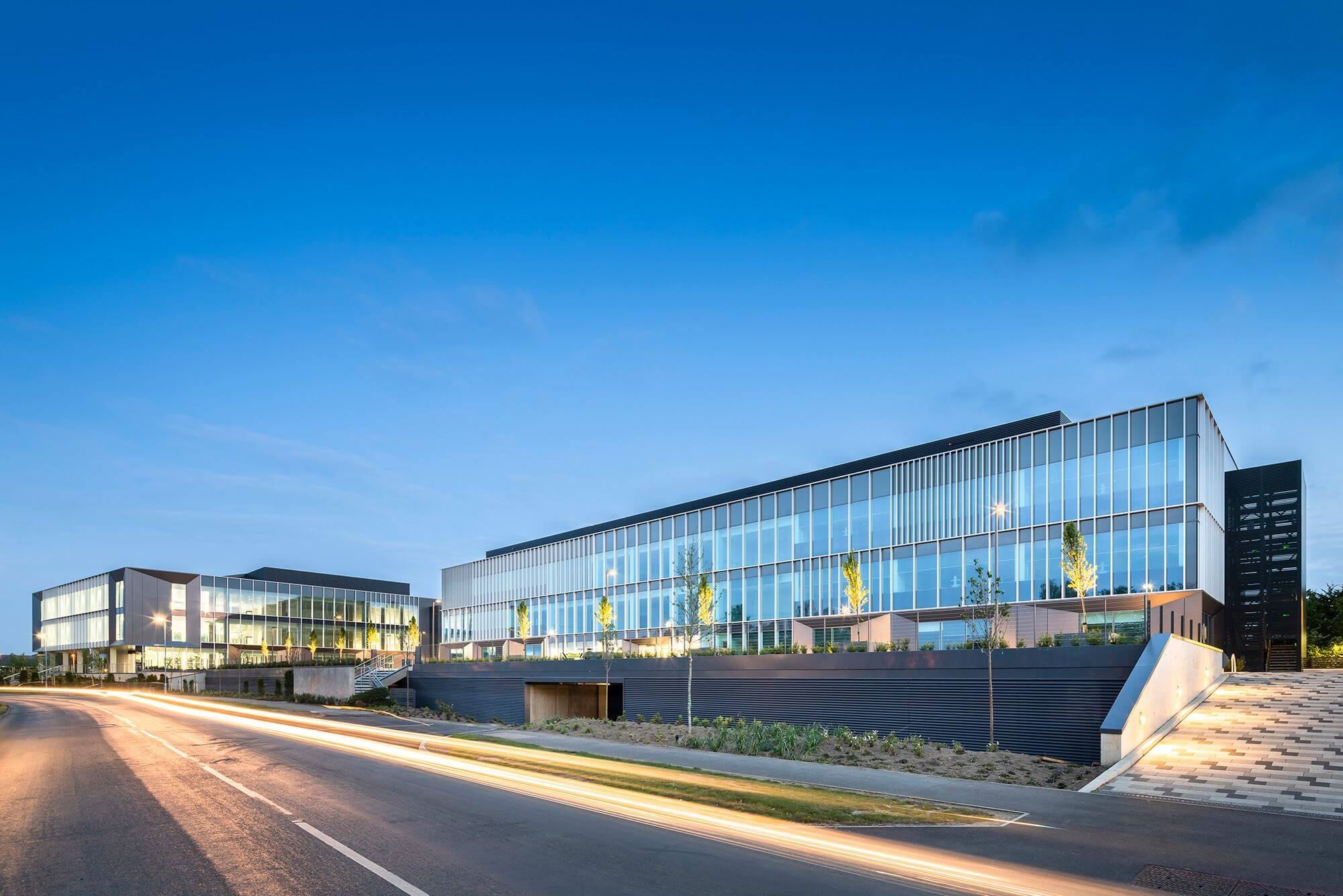 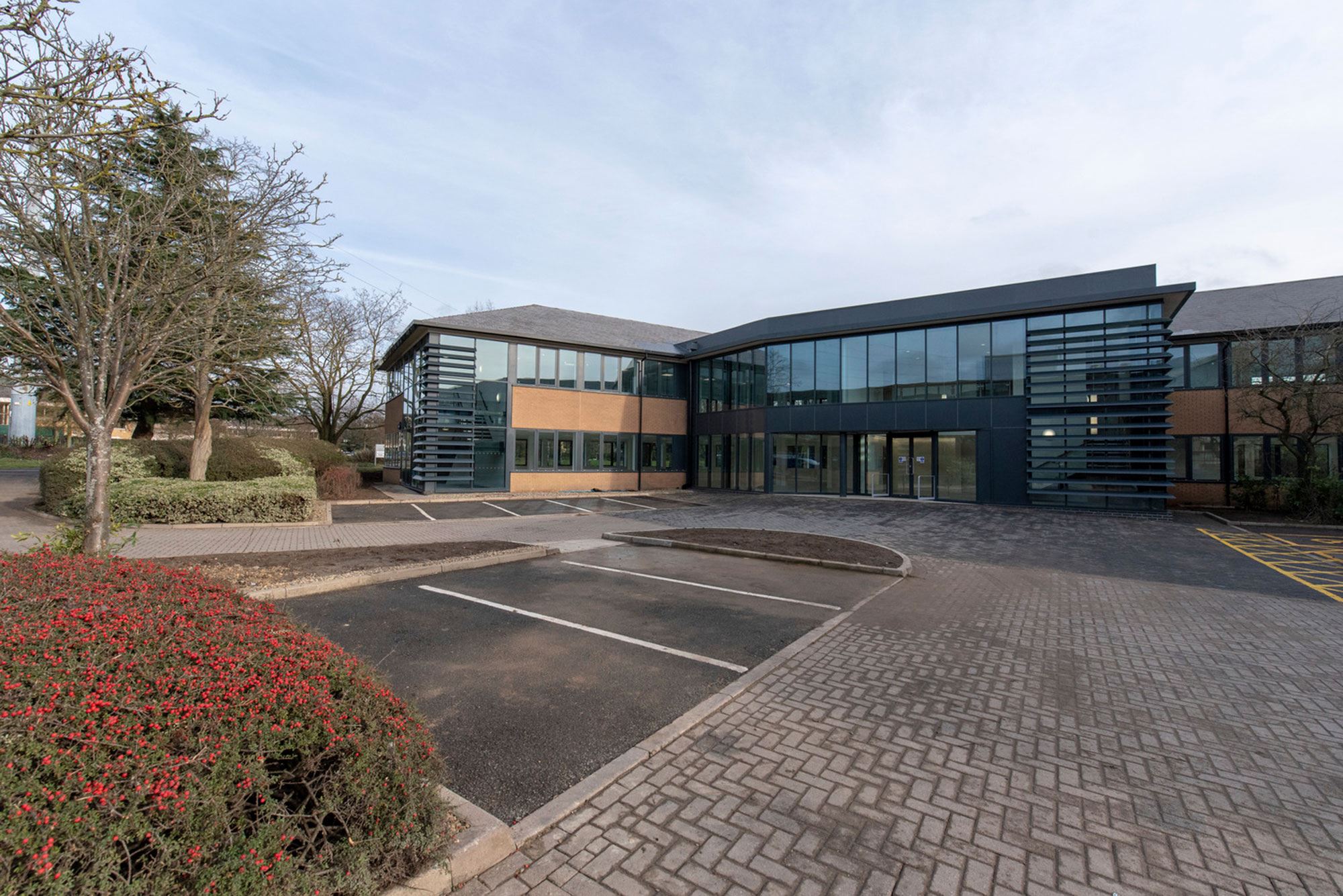